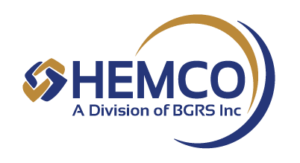 The North Sea Transition Authority is seeking industry input over the powers to require licensees to report information related to their carbon storage projects.

The United Kingdom’s North Sea Transition Authority (NSTA), the body that regulates and influences the UK oil, gas, and carbon storage industries and helps drive economic production and energy transition has launched a consultation round.

Launched on January 18, and running until March 1, 2023, the NSTA consultation round is seeking views from the UK oil and gas and carbon storage industries on information and sample-related matters in Carbon Dioxide Appraisal and Storage and Petroleum Licences, and the principle of new data powers in support of energy security and the transition to net zero.

At present, the NSTA has powers to require petroleum licensees to retain and report information related to their oil and gas projects and operations, for example, well data, which the NSTA can disclose after a period of confidentiality.

The NSTA has opened this consultation to gather feedback on whether it should be given similar data retention, reporting, and disclosure powers with respect to carbon storage licensees’ activities.

The authority notes that retaining, reporting, and disclosing information and samples created or acquired in pursuit of license activity is widely regarded as valuable by the petroleum and carbon storage industries.

The government’s ambitions for carbon storage have significantly increased since the Energy Act 2008 was introduced. New information and sample disclosure powers are now needed to ensure that the NSTA can better support the UK government’s commitment to reach net zero emissions by 2050 and a home-grown carbon storage industry.